A Force to be Reckoned With... 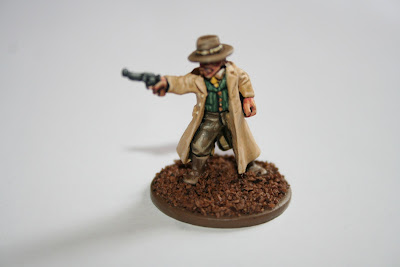 Dropped on the doorstep of a Nevada mission as a baby, with only an odd silver medallion on him, "Breck" was raised by Father Ramirez who quickly realized that the kid he was raising was destined for greater things for the Lord. Having a real talent for shooting and fighting and generally being rough and tumble it was quickly determined that Breck was to be a physical manifestation of the Lords wrath as a killer of all things supernaturally evil. 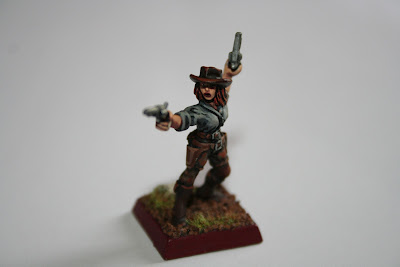 The only daughter of a New Mexico homesteader, Charlie was raised as the boy her daddy never had. One disastrous day Charlie's home was attacked by a beast, her daddy hid her and went to face the beast and his doom. Hearing it all happen Charlie grabbed her daddy's pistol, tracked, shot and killed it. It was a werewolf and luckily her daddy loaded up silver bullets. After killed the lycanthrope turned back into its natural state, the governor's son, and Charlie knew she had trouble. The governor vowed to find his son's killer and Charlie is now on the run. 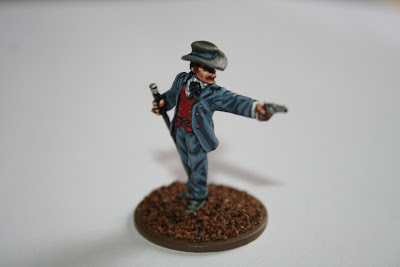 Kit Conway is a silver tongued gambler with a little more than a spare ace up his sleeve. Ace Hanlon is a man who never really likes to use the same name twice, and that has helped Chuck Flynn escape arrest or retribution on many an occasion. Currently Chip Wallace is looking into mining rights in California which he acquired in a game of chance and hopes his big payday has come through. Woodcock Johnson is heading west to California with a group he doesn't have much familiarity with, but they seem fully capable of protecting him. If they are not Charlie Daniels is more than able to take care of himself as a disciple of Hoyle. 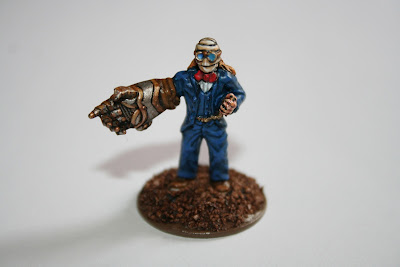 Dr. Justinian Von Cogelson is a man literally wrapped in mystery. "Cog's" is a Swede by dissent and one of the sharpest minds in mechanical engineering in the west. Things went wrong one evening when Cog's was trapped in his lab as it burst into flames. Cog's barely survived, he woke nearly a week after the blaze, badly burned and with mental maladies that left Cogs with serious delusions. Cog's learned soon after the accident that it was no accident at all. His partner, Richard Reeds, set the blaze and stole all of Cog's work. Cog's now vows vengeance against his former partner and seeks him out at all costs! (See "The Doctor Is In!) 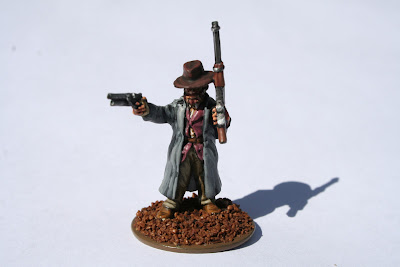 C.W. Stackpole, "Stack" to his friends, is a Texas Ranger of some repute. After surviving a terrible encounter that left him "demon-scarred" during the Civil War, Stack got a keen sense of the supernatural and as Texas Ranger is empowered to be judge and jury as to the danger of any said supernatural beings or occurrences  Stack is an even keeled man with an uncomfortably high beard on his face. His best friend is his LeMat pistol  which carries the name "The Coffin Nailer" due to the interesting circumstances surrounding the destruction of his previous LeMat, which was his pappy's.